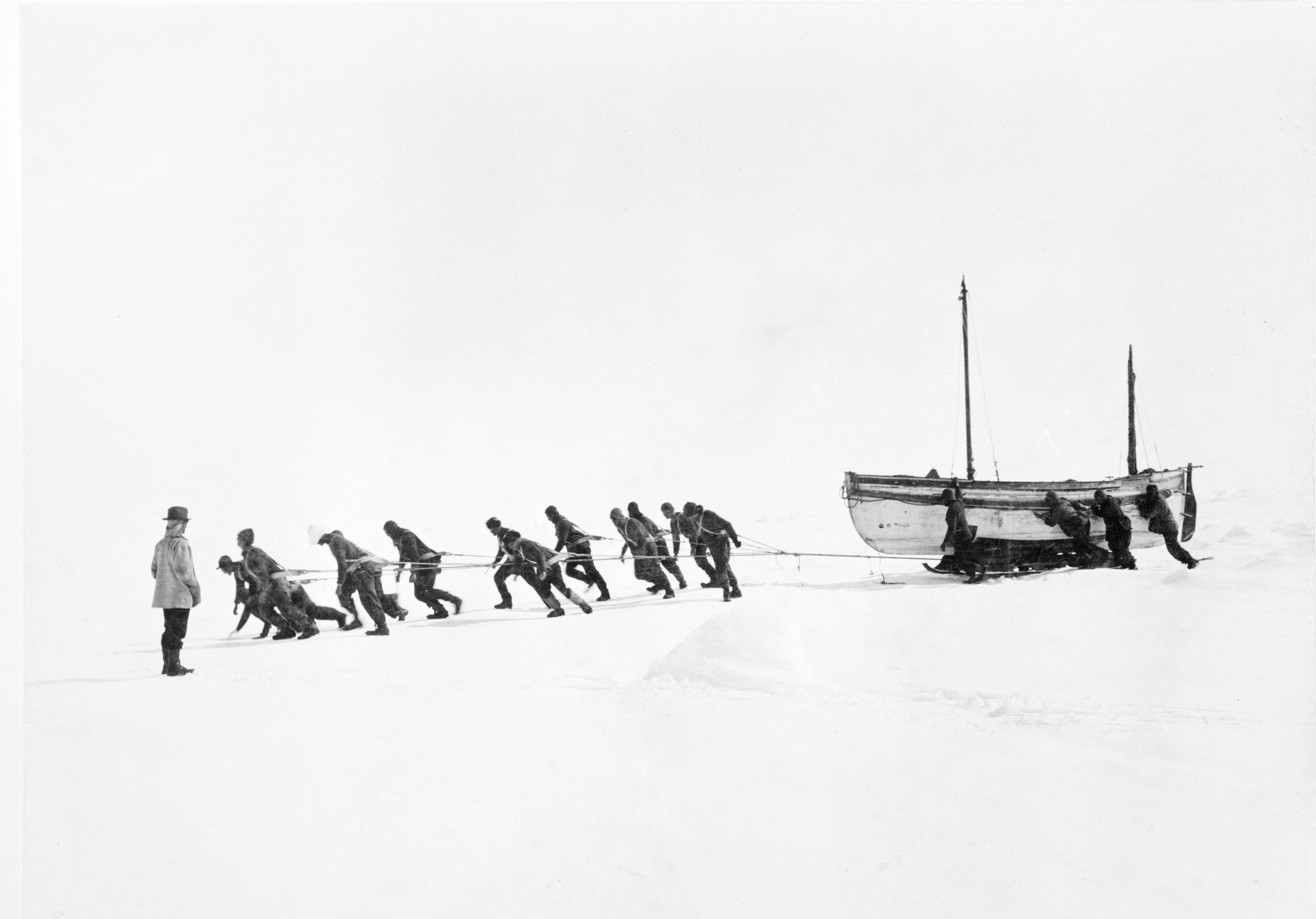 Been There, Done That!

The following is an excerpt from Chapter One of our forthcoming book Suits, Guitars & 3D Glasses; A Practical Guide to Corporate Maneuver Warfare™.

For weeks, the wind howled across the Antarctic shelf. The frozen air penetrating the vulnerability of both unsuitable equipment, and human bodies that were never intended by God to withstand such extreme conditions. The bitter and unspeakable cold drawing the last elements of breath and life from any living thing that dared to challenge it. The men penned their final words to their families, and knowingly to the world…their final decision to make every attempt to reach the pole before their expeditionary adversary, Roald Amundsen, had been a fatal one; one from which there would be no return. Robert Falcon Scott, a British hero of great Antarctic exploits, bravery, and determination, was gone, his dreams shattered, and with him, the lives of several extraordinarily loyal men abandoned to the will of Antarctica and left to perish in that godforsaken place.

Some years later, a different group of men in a different time clattered over the bulwarks and onto the steel decks of the Argentine seagoing tug Yelcho. It was 11:40 AM on 30 August 1916, marking the end of over 10 months, and as many days and hours of the most brutal and lonely isolation that men could endure, and an unsure return from the most desolate and forbidding place on earth. Liberation from a spit of land they named Point Wild, the last refuge of desperate men. The world had taught them that Hell was a fiery furnace from which there was no escape. Shackleton’s men knew different: Hell was a frozen wasteland that never gave up its victims…until today. Because of their “Boss” and his indomitable spirit, all 28 of Shackleton’s men returned to their families. Their country had lost all hope that these brave men would ever return, but because of the extraordinary ability to lead in the face of incomparable odds, Sir Ernest Shackleton succeeded where so many others had failed. Living out the motto that adorned a doorway in his family home in Ireland: Fortitudine Vincimus, (Through Endurance We Conquer) he saw the futility in his original mission, set aside his ego, and with flexibility and determination saw his men through a new mission of survival and rescue.

Shackleton and Scott, two different men, leading different expeditions at different times, but both during the great era of great polar exploration. On the surface, they would appear fundamentally similar in many ways, yet different in a few very critical aspects. Men cut from the same cloth; assertive, determined, visionary leaders; where 80% of the way they lead was very similar, and on which they would mostly agree. Yet the 20% dissimilarity in their leadership ultimately made all the difference to those they lead. In Shackleton’s case, that 20% difference resulted in a change in scope and mission that harnessed the collective spirit and ability of his men, and that ultimately saved their lives and secured a new future for each of them.

No matter how many times we ask people to define leadership at seminars and conferences, or just to identify some of leadership’s key characteristics, the responses, for the most part, are reasonably similar. Motivating, Charismatic, Compelling, Knowledgeable, Organized, etc. The first five minutes of the discussion resembles a rapid-fire drill with the audience stepping on one another, offering up similar terms that represent what they consider common and obvious descriptors of leadership. In fact, there is usually very little resistance, if any at all, to the terms that make up about 80% of the initial definition. It isn’t until things start to slow down that folks begin to suggest that there is a key element missing here or there. That’s when disagreement begins to rear its head, and this is the part of the discussion that yields the most interesting and productive results; because it is at this point that the leaders in the room begin to share things that are unique to their experience as leaders. Elements that have changed their common view of leadership and shaped the way they now lead.

It is relatively easy to identify what we all agree on when defining leadership, but not so easy coming to grips with what others think is critical to leadership. Because we haven’t all shared the same experiences, we aren’t always going to readily grasp the value that somebody else places on a specific aspect of leadership. Where you’ve been as a leader, and what you’ve done, particularly that which is different, is where the organization’s greatest potential resides. That difference and that potential are exactly what we mean in the chapter title “Been there, done that!” Organizations need to seek out and unlock the hidden potential from where their leaders have been and what they’ve done, and harness it as Shackleton did. He had seen ego, inflexibility, and an almost monastic adherence to conformity lay waste to entire teams of talent, ability, and lives. Because of where he’d been and what he’d done, he wasn’t going to make those mistakes again despite resistance from some of the less experienced members of his expedition. Douglas MacArthur once said after offering up a battle strategy to his staff, that if everyone agreed with the plan without reservation or resistance there must be something terribly wrong! When collectively focused on solutions and new ideas, the opportunity for extraordinary solutions can be found in our disagreements and differences.

You’ve probably gathered by now that this chapter is not going to provide you with a definition of leadership. Nor will we at any other place in this book, because it’s not about a common definition, or on what we agree. What we want leaders to do is think. Think about and leverage what they have experienced, and what others have experienced.

As you think about what leadership means to you we want you to ask the following: What are the game-changers for an organization? What drives innovation, finds solutions, and accelerates growth on the team? Where do great ideas come from? That is the definition of leadership we want you to grab and keep hold of like the brass ring that it is. That 20% that you bring to your organization is what has the potential for making the greatest difference.

“You can’t reach old age by another man’s road.”

Suits, Guitars & 3D Glasses
Copyright © 2013 Mike Westman & Ed Gillcrist
All rights reserved. No part of this book may be reproduced or transmitted in any form or by any means without written permission of the author.